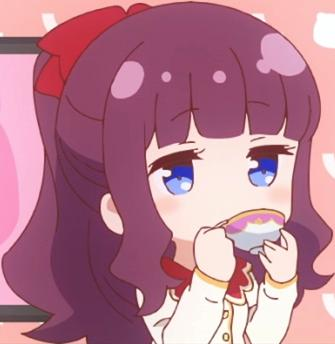 A take on Salamangreats, probably not a good one, but it's a take

Bison sounds very strong, extending and negating a bunch of cards. But it's slow, very slow. If you get three Salamangreats into the graveyard you usually have access to everything you need and more already. This doesn't help much against established boards either for the same reason that it won't do much until you have those 3 bodies. Nor does it prevent establishing boards by being a handtrap, trap or anything spell speed 2 related.

The Salamangreat monster ratio looks solid, although I'd suggest cutting Fowl down to 0 or 1. It's a nice extender and can "chainblock" Sunlight Wolfs recursion or Gazelle's mill which is very strong. Sea Archiver does that too, it can do so from the GY and is level 3 making it much better than Fowl and I think it's a good card at 2. I just don't think it's necessary to run 4 extenders. 2-3 Is usually enough since the combo lines are rather short. Then again, Fowl can help with r4nks (to which we'll get in a second) so this is really up to you in the end. There's no wrong or bad choice here, just something to keep in mind if you ever try to make space for other cards and you don't know which can be cut. This one could.

The choice of handtraps is very solid for this format. Some play more, I actually prefer running 6 myself in a Bufferlo build.

Bufferlo should be at three, 100%. It's your best normal summon, draws you 2 cards which can be chainblocked and unbricks your hand. It doesn't "compete" with Foxy and Jack for your normal since it sends them to the GY turning them into extenders. It's such a good card and you wanna see it pretty much every game.


Moving on to Spells:

Super Poly is kinda weird rn, it can't do much against Drytron and VW and pretty much only works against Tri-Brigade (talking meta decks only). Not a lot of dark types around rn which is when this card is best. This outs Apollousa only and I wouldn't recommend it rn.

I understand the appeal of Burning Shell, being another extender and then using that monster for a reincarnate summon. But it does not fit in well with how Salamangreat works. You just won't have a random Salamangreat left in hand for the most part. Bufferlo, Cynet Mining, Foxy, they all send. Spinny, Gazelle and Fowl can special summon themselves from hand. It is insanely niche that you'll look at a hand in which you think, "oh, I have too many Salad monsters in hand that I can't summon". Now add to that the what, 1/4 chance of opening Shell and you have yourself some sweet sweet bricks. It doesn't fit the playing style and extends in a way that prevents you from using other, more important effects like Bufferlo and Cynet Mining. It's not like you're running 20 Salamangreat names. You're running 11.

I don't think, similar to Fowl, there's a right or wrong with how many Wills. It's a fantastic extender but can brick if you don't draw the right names turn one. 2 is totally fine, probably the best ratio for Will but 1 still works since you can send it with Gazelle once you have access to all of your resources turn 3 onwards.


To the traps we go:

Both are a hard once per turn and with Bufferlo and Desires you draw plenty. I very highly suggest 2-2. You don'T wanna see one twice, the chances of banishing both copies with Desires is slim and then you still have the other name to work with.

Then I recommend some more traps. Remember, this is a Bufferlo centric deck. It's not so glascannon as Lady Debug which needs a lot of handtraps if going second. Bufferlo can be chainblocked so at the least you'll draw 2 cards going second. If you draw, lets's say Torrential Tribute and/or Solemn Strike you have some powerful traps that can even possibly work against an established board. Drawing into handtraps with Bufferlo going second sucks that's why I think 6 is good. Drawing traps is better (or of course extenders/starters but you're already playing them, this is just about the trap/handtrap ratios and lineup). And if you go first Torrential and Solemn Strike are usually more powerful than handtraps too and even if not they're very good to have access to turn 1.
So no matter how you twist and turn it, Bufferlo really shines in a more trap heavy build. So I'd recommend at least another playset of traps for a total of 7 (or 10 if you can make space). Torrential Tribute and Solemn Strike are by far the best ones to go for.


Last but not least, the ED:

Not a fan of Poly so I don't think I need to talk about Chimera.

You can easily OTK with Accesscode. I'd recommend removing Borrelsword (also not cyberse which matters) and suggest removing Pyro Phoenix. In the end Pyro isn't bad so if you wanna play it, play it but ED is very tight already and you WILL have to give up on other cards.

Transcode Talker and Update Jammer are very good for link climbing into Accesscode and for OTKing (Jammer allows Accesscode to hit for 10600).

Abyss Dweller is very good this format and Bagooska, although not as good against meta but can instantly win you some games against other decks. Miragestallio's effect for Jack/Falco/Fowl if you already have Jack in the GY enables r4nks so I'd suggest to play Dweller for sure and Bagooska if your ED allows it.

Knightmare Phoenix and Heatleo both remove backrow. Heatleo does it better (no discard, can be "chainblocked" with Roar and keeps your Salamangreat traps online) but requires more investment. I don't know how heavily people are still siding Contact "C" against Tr-Brigade but it also pretty much auto loses you the game if you don't play a generic link-2. Also knightmare only takes up 1 slot so you can make space for other cards. Again, there's no wrong nor right, just pointing out their individuals pros and cons and you can decide how to create your ED yourself.


Real quick for the Side, Rivalry of Warlords and Gozen Match are both so good against the right deck, I'd suggest putting them in side for some easy game 2 or 3s.

I'd suggest Torrential Tribute for sure. You can protect your monsters with Balelnyx and it's such a huge blowout card if used at the right time.
For the remaining 2 slots I guess Solemn Strike. Again, it's a huge blowout and access to both TT and Strike translates into a spell speed 3 boardwipe.
Having only 2 slots to fill feels a little weird since you can't (I mean technically you could but 40 cards looks so clean tho lol) play another playset. There's no right or wrong here, I'd suggest 3 TT and 2 Strike but I guess in a broader sense these 5 slots should simply go to interactive cards, whether thats handtraps, traps, parallel exceed or whatnot

A red-eyes deck that doesn't run dragoon yet is st[…]