By neonrideraryeh -  Tue Apr 06, 2021 1:51 pm
-  Tue Apr 06, 2021 1:51 pm #59825
Hey, I thought I'd share a fun milestone in my Yugioh Collection here. I've become more involved in somewhat serious collecting over the years. One level of interest was in cards in the OCG that would likely never get a release in the TCG. I even wrote a two part article on it, which became my first releases here on ProDeck. You can see those here: https://ygoprodeck.com/ocg-only-exclusi ... oh-part-1/ https://ygoprodeck.com/ocg-only-exclusi ... oh-part-2/

I had a few of the goodies mentioned in these articles in my collection, but I decided to try and get a hold of the rest of them. At least, the ones were feasibly obtainable. Some like the prize cards, or Horakhty would be too expensive, with the Boss Duel cards also being more or less impossible to obtain through regular means. I thought the Valuable Book 3 Character Cards would also be impossible too, but I eventually managed to get hold of it, which also allowed me to update the article with better quality images too. I want to show the collection here on this forum as it relates to that :)

Here's a mix of all the photos I was able to take for the collection. 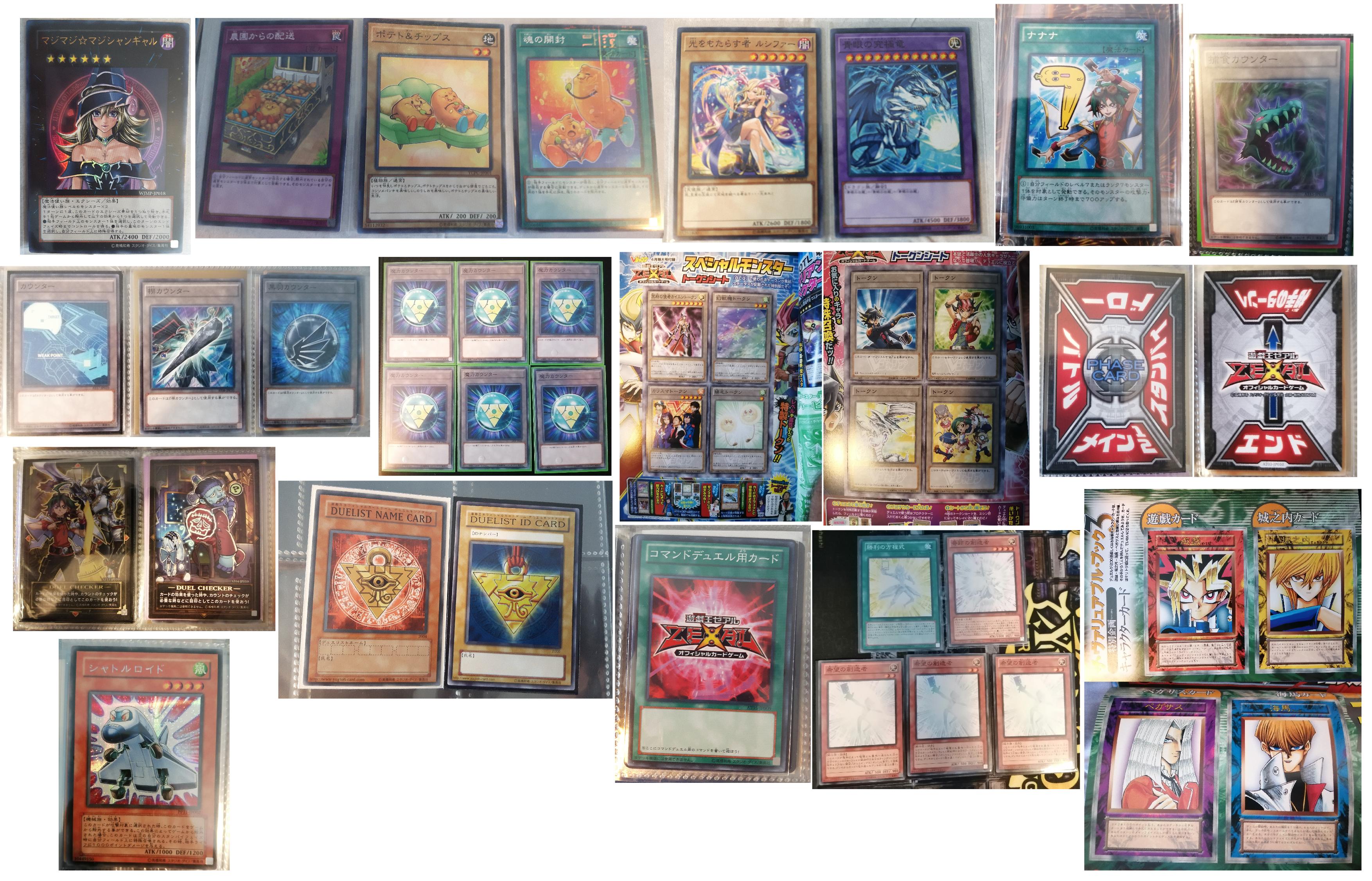 Really glad to have managed to complete this collection to the best I could manage. Some of it was more expensive than I usually spend, with Nanana being the most expensive single I've ever bought. The Jump Tokens and Character Cards were also a lot. Everything else was much more reasonable and I got some good deals on stuff.
Articles: https://ygoprodeck.com/author/neonrideraryeh/
Twitter: https://twitter.com/neonrideraryeh
Showcase Subreddit: https://www.reddit.com/r/yugiohshowcase
Deck Discord Repository: https://discord.gg/AdZtGaR
Counter Fairy: https://discord.gg/h4QhX9N

No guarantee that True Exodia is an "OCG Only Forever" card just yet. There's still a chance it could come to the TCG one day. We won't get our answer to confirm that or not for a few more years. Still, it's out of my price range; Nanana was already close to 100 and I was already pushing it by getting that one. Same reason I can't get Horakhty either, this collection is less "all ocg forever" and more "all feasibly got ocg forever" haha
Articles: https://ygoprodeck.com/author/neonrideraryeh/
Twitter: https://twitter.com/neonrideraryeh
Showcase Subreddit: https://www.reddit.com/r/yugiohshowcase
Deck Discord Repository: https://discord.gg/AdZtGaR
Counter Fairy: https://discord.gg/h4QhX9N